Revisiting and Revising an Old World 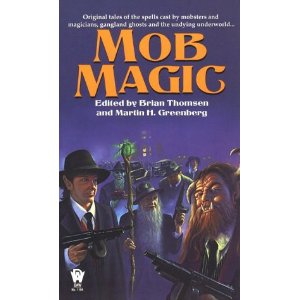 Way back in ancient history, the 1990s, Brian Thomsen had left his editorial post at Warner Books to go freelance where he wrote and edited and packaged collections. We struck up a friendship when he worked a mere floor above DC Comics so when he saw I was starting to sell prose, he invited me to the occasional anthology.One day he called up and said, “Mob Magic”. He and high concept master anthologist Martin Greenberg had sold DAW Books on that title and now needed writers. He had already corralled Denny O’Neil and wanted to see if I had any ideas.For whatever reason, I had one pop right in my mind: a young wizard sent out on his first solo hit. I wrote the 4000 word story, sent it in, got some notes, polished, and in November 1998, the book was released. Did it sell? I suppose. Did it get good reviews? Back then there may have been some, nothing I can find today. 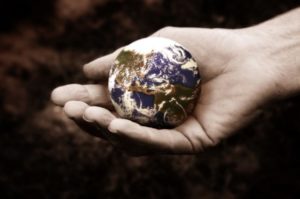 Over the years I had a hankering for going back to revisit the world. When I got the green light to write the story, my first thought was to evoke a touch of Damon Runyon to the narrative, filling the world with interesting characters and a lighter tone to the usual fantasy fare. I certainly wasn’t trying for Terry Pratchett territory (I barely knew his work at the time). A byproduct of the assignment is that I went out and read a volume of Runyon’s wonderful fiction, enriching my life,Over the last few months, various ideas occurred to me so I knew it was time to scratch that particular itch. Then came my resolution to write at least one short story a month so it seemed like a perfect match. Having dispatched my existing assignments and awaiting word on pitches in the approval cycle, I had a clear space with which to write.When I wrote “Solo”, I gave nods to various elements that were the underpinnings for the world, the society, and for how magic worked. For 4000 words, it was all I needed but for me to go forward, I had to sit down and do some serious worldbuilding, starting with the rules of magic. Given how many series are out there with their own rules, I needed something with elements that didn’t feel too similar to Harry Potter, Harry Dresden, or some other mage named Harry.I scrolled across the internet and took notes and cogitated and draft a two-page guide for starters. Then I did a little thinking about the society and the way the mobs worked with the local governments and slowly, a world is beginning to take shape.I’ve begun writing and so far so good. What will I do with this story? Well, if I intend on publishing it anywhere, the first thing I need to do is revise “Solo” to reflect my new world rules. How will I share it with you? I have to figure that out so stay tuned.